The Greens are committed to protecting Australia’s marine environments and taking strong action to address the growing threats they face. Australia’s beaches and oceans are famous. We have unique marine species found nowhere else in the world, but right around the country, our oceans are under threat. 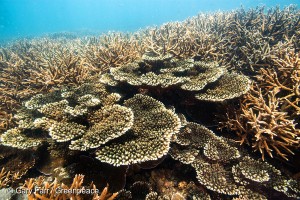 Our Reefs are under Threat

The World Heritage Committee expressed “extreme concern” for the future of the Great Barrier Reef and warned that it could be placed on the World Heritage in Danger list if the dredging and shipping bonanza for new and expanded coal and gas ports continued.

The Australian and Queensland governments continue to treat the Reef like a coal and gas highway, and risk jeopardising the $6 billion tourism economy around our Reef, and the 67,000 jobs it supports in our coastal communities. 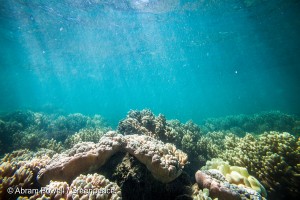 The Greens outline in their policy Living reefs – Dying coal concerns that the mining and burning of coal is driving dangerous global warming which threatens to kill our magnificent Great Barrier Reef and endangers the 69,000 Australian jobs it supports.

The Reef has been hit by the worst ever mass coral bleaching, with 93% of reefs affected.  Scientists estimate that 50% of bleached coral may die. If we don’t keep global warming below 1.5 degrees, the best science tells us we will lose our precious coral reefs completely.

The Greens have a plan for the future which includes:

Below are some links to independent publications which cover various issues relating to the Great Barrier Reef and reefs globally. The Greens do not necessarily endorse the content of these publications but we provide them as interesting background.

Revealed:UNESCO report on the Great Barrier Reef that Australia didn’t want world to see   May 2016

The heading links to the draft chapter deleted from a UNESCO report at the request of the Australian Government. See article in the Guardian about the Interference by the Australian government, admitted by the Federal Department for the Environment here. The threat from climate change, includes rising sea temperatures, accelerating rates of sea level rise, changing weather patterns and ocean acidification.

Other significant threats include coastal development, agricultural run-off pollution, port-based shipping activities, illegal fishing and outbreaks of the coral-eating crown-of-thorns starfish. Assailed by multiple threats, the GBR has been assessed as being poor and deteriorating. Half of its coral cover has been lost over the last three decades.

Without global efforts to reduce greenhouse gas emissions coupled with local management responses to increase resilience, current projections suggest that coral cover could decline to 5-10% of the GBR by the early 2020s from 28% in 1985 – a potential loss of 80% in just 40 years.

Australia’s coral reefs under threat from climate change – May 2016

The Climate Council reports that a disaster is unfolding in one of the world’s most precious natural icons, the Great Barrier Reef. Rapidly warming oceans, driven by climate change from the burning of fossil fuels and an El Niño event, has led to a global bleaching event. Its key findings are that:

Greg Hunt:no definite link between coal  from Adani mine and climate change – 6 May 2016

The Guardian reports on the federal Environment Minister’s failure to consider the impact of coal from the proposed Adani mine and climate change. The Australian Conservation Foundation challenged Greg Hunt’s approval of Adani’s Carmichael mine in the federal court. The report has lots of links to interesting articles on the threats to the GBR.

Great Barrier Reef: new chapter opens in the fight to save natural wonder from mining – 10 April 2016

The Guardian reports on threats to the Great Barrier Reef and the landmark case being taken by the Australian Conservation Foundation challenging Greg Hunt’s approval of the Adani coal mine in Queensland.

The Conversation has published several articles about the threats to the Great Barrier Reef (all include lins to further information) including:

David Attenborough says the great barrier reef is in gave danger , its time to step up – April 20 2106

In pictures: a close-up look at the Great Barrier Reef’s bleaching 13 April 2016

Climate change is only one of the threats facing the Great Barrier Reef. Others include pollution from agricultural activities on land and other developments, such as the construction of ports and other infrastructure, dredging and shipping within the reef.

The Barrier Reef is not listed as in danger, but the threats remain

Development and the Reef: the rules have been lax for too long

Shipping in the Great Barrier Reef: the miners’ highway

Coal and climate change: a death sentence for the Great Barrier Reef

Ryde-Epping Greens (REG) is the local Greens group for people living in and around Ryde & Epping, NSW. Get involved today.